My name is Jacqui Glisson, and I have been keeping bees since 2009.
I keep my bees in Castletownbere, West Cork.
As an avid supporter of the Buckfast bee,I am delighted with the fair and egalitarian approach that this company is adopting to all beekeepers.
My very first hive was bought with a lot of enthusiasm, and very little knowledge.
It was only when I asked an experienced Beekeeper to help me with swarm control, did I discovered my bees had American Foul Brood.
Its a very tough thing as a beginner, to throw petrol into your one and only, much beloved hive, and watch it burn.
It is then that I decided I needed to learn more about bees. I wanted to learn all I could about beekeeping, and make sure I was better equipped to look after my bees.
​
After completing a beginners course, I went on to do the intermediate, and senior exams.
Recently I completed the Foundation Diploma in Education at NUIG, part sponsored by the IBAclg.

​I was secretary and bee health officer for the West Cork Beekeepers Association for 3 years.
In addition, I was privileged  to have been columnist for the the beginners section of the An Beachaire magazine in 2017.Now I am editor of the IBAclg newsletter and librarian.

Like Colette, I also practice martial arts. I trained in Karate for many years, and am now studying the Ultimate BO and Krav Maga.
Krav Maga is a military self-defense system developed for the Israel Defense Forces.It consists of a combination of techniques sourced from Boxing, Wrestling, Aikido, Judo and Karate, along with realistic fight training.

In my past life, when I was still young and fresh, I worked in a rural mission hospital in South Africa, called Mseleni.
The hospital itself was a good 2.5 hour drive from the nearest center of excellence, so we handled most of what came through the door ourselves. We delivered babies, operated, gave anesthetics and helped the locals set up water systems and proper toilets .

Mseleni is unique in that the local residents around the hospital suffered from an unusual hip disease known as Mseleni Joint disease. People became crippled at a distressingly young age, and needed hip replacements.
The roads to and from the hospital were atrocious, and my superintendent at the time, Dr Victor Fredlund, looked into how we could do the hip replacements locally.
He got funding for a special ventilation system for our theater, so that the risk of infection in the new joints was minimized. He then got the pharmaceutical companies to supply us with prostheses.
Finally he asked for help from some orthopedic surgeons in Johannesburg. They would scoop up their residents and come down to Mseleni for a weekend of hip replacement surgery.
We would do the spinal anesthetics, and they would spend the entire weekend operating. Great experience for them, great service for the patients, and I got quite adept at looking wide away while snoozing in the anesthetists chair.
​Dr Fredlund is an inspiring man. He taught me that you are only limited in what you can do, by your imagination.

It was during my time in Mseleni hospital that Apartheid came to an end in South Africa. I remember waking on the 24th April 1994 to the sound of singing.
Looking out my window, I saw a heaving mass of people queuing outside the little voting station in the hospital.
There were people who couldn't walk being pushed in wheelbarrows, others being carried.
I still get tearful at the memory of that sea of smiling faces filled with joy, happiness, hope and a incredulity.
Are we finally being heard, do we really have a say?
​
As William Arthur Wards said, "If you can imagine it, you can achieve it. If you can dream it, you can become it.”

Mseleni hospital was a 30 minute drive to the best scuba diving location in South Africa, called Sodwana Bay.
What little time I had off was often spent  indulging my love of nature and scuba diving at Sodwana bay.Take home message, "I have been in deep water swimming with sharks before, and the sharks fled !". 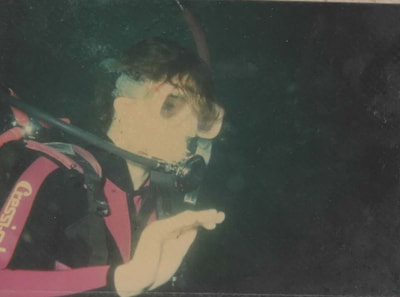 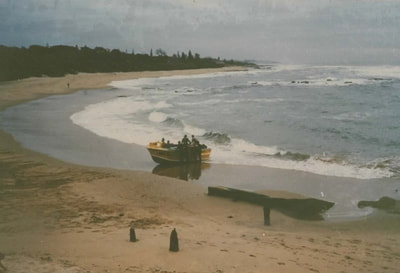 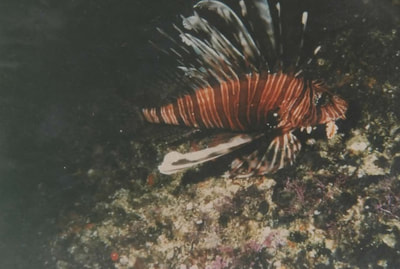 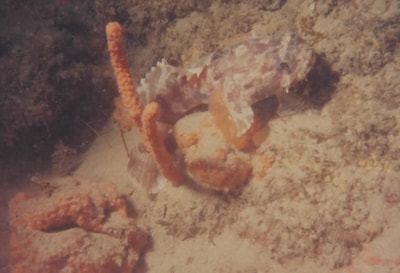 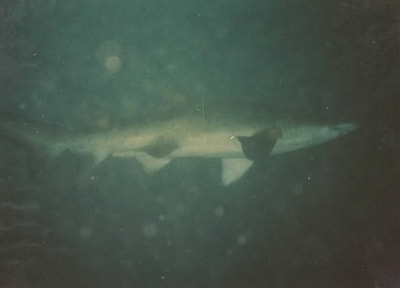 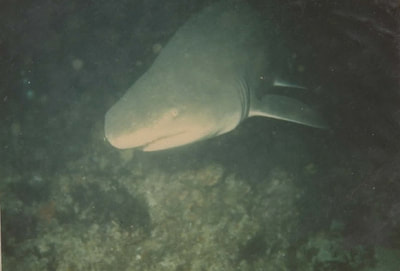 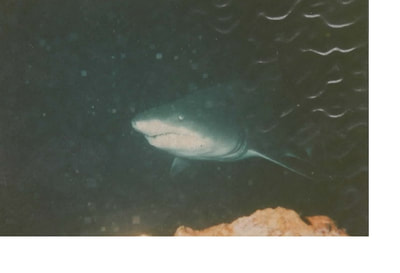 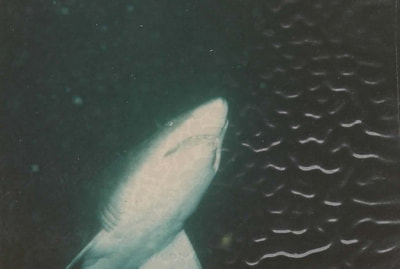 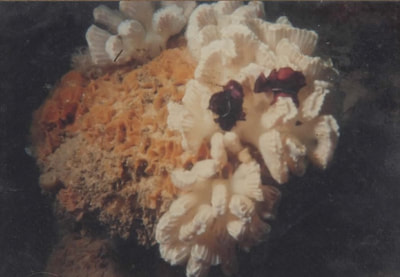 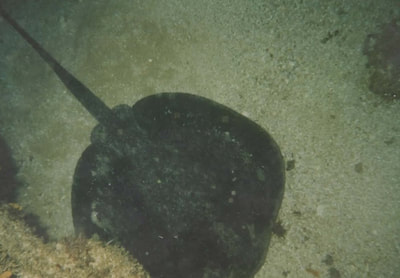 ​Oh! I have slipped the surly bonds of earth,
And danced the skies on laughter-silvered wings;
Sunward I've climbed, and joined the tumbling mirth
Of sun-split clouds, --and done a hundred things
You have not dreamed of --Wheeled and soared and swung
High in the sunlit silence. Hov'ring there
I've chased the shouting wind along, and flung
My eager craft through footless halls of air...
Up, up the long, delirious, burning blue
I've topped the wind-swept heights with easy grace
Where never lark or even eagle flew --
And, while with silent lifting mind I've trod
The high untrespassed sanctity of space,
Put out my hand, and touched the face of God.                                                     John Gillespie Magee, Jr


One of the difficulties we had at Mseleni hospital was reaching all our outlying clinics.
We ended up having to fly to many of them.

A local pilot would come from another hospital, load me up, and off we went.
I never forget the sense of wonder on some of the locals faces when I stepped off the plane.
Many had never seen a white person before. They gathered nervously around me, touching and feeling my long straight hair. It was truly surreal.

The flights were not without their mishaps.
It was not an infrequent occurrence on approach to landing, to find that the landing strip had been turned into a foot ball pitch, and goal posts had been erected.
On another one of our flights, the back wheel fell off. The pilot calmly told me that he didn't really need it to land, as he could keep the tail off the ground when he dropped me off.
I still wonder what happened to that wheel, where did it land, and did it change anyone's life?
There is a lovely, old South African movie about a pilot who throws his soda bottle out of the window of his plane. It lands in the middle of Bushman land and wreaks havoc in the community..
Survival in a Bushman community is a day to day struggle. If they don't work together, share their belongings and look out for each other, they die. A bit like a bee colony.
The arrival of the soda bottle changes all that. Suddenly they learn the meaning of the word, "mine".
The movie I am referring to is called "The Gods Must Be Crazy".


I enjoyed the flying so much that when I can back to civilization, I started flying lessons.
I learnt to fly a Cessna 150 and a Microlight. A Microlight is in essence a hang glider with a lawnmower engine. That is where I met my husband. He was a Microlight instructor. This is a picture of him coming in to land 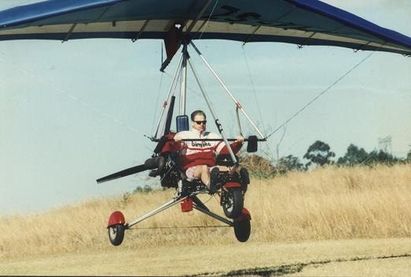 . Now we live in rural west Cork where I keep my bees. We have one pet sheep, some hens and two Macaw parrots 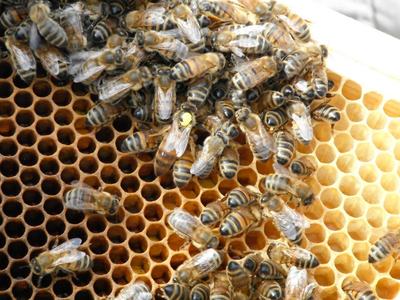 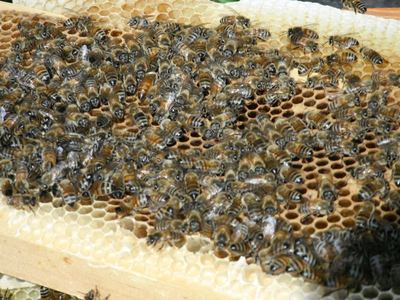 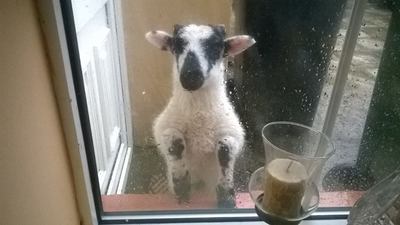 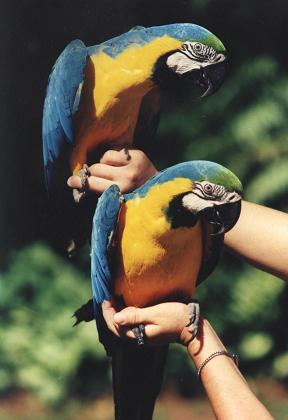 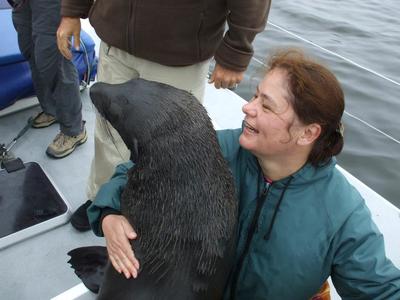 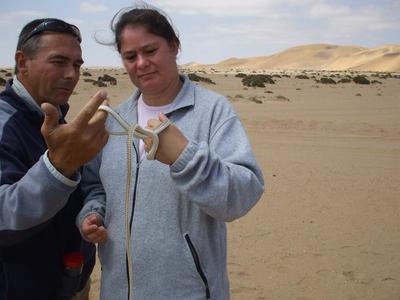 We have particularly intelligent sheep here in West Cork.
Not only do they know how to read the fine print, but they are sensible enough to wear a high viz jacket when out walking. Unfortunately, on occasion, they do get framed when things get broken about the place. 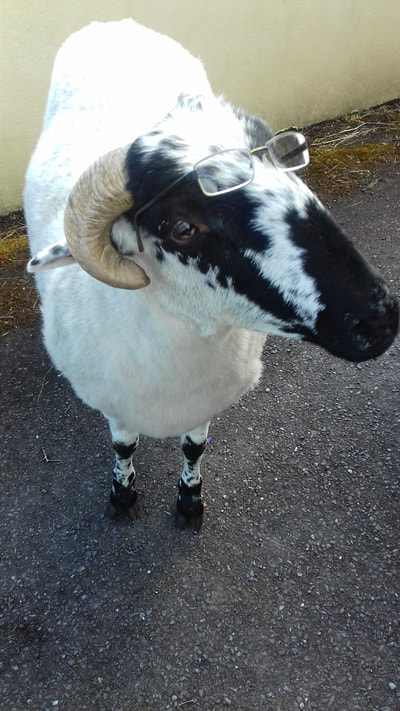 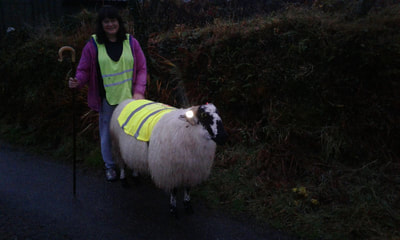 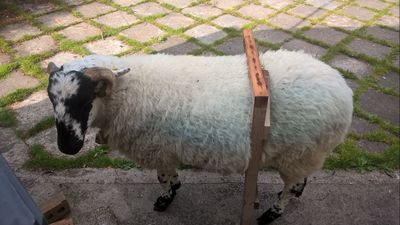 I am humbled and privileged to be a part of this company.
Thank you to all who made this possible, my fellow directors, and the 25 founding  mothers and fathers who all met that day in Cork.
You represented 13 associations across the country, and gave us the remit to go and do this.
You ask us to keep it fair, keep it honest , keep it transparent and lets make sure everyone has a say.
Dare I say, " Job Done"?